William G (Bill) Roll joined the board of the Putnam County Land Trust in 2015 and has been a trail steward since 2014. Orig

inally from North Carolina, he has been a resident of Putnam County for over 14 year and has lived in the greater New York metro area for over 30 years. An avid outdoors person, Bill enjoys hiking, trail jogging, kayaking, camping, backpacking, cross country skiing, and snow shoeing in Putnam County, the Catskills and Adirondacks. He received a BA in economics from Denison University and attended Oxford University receiving a Graduate Diploma in Politics, Philosophy and Economics. Professionally, Bill is co-founder and President of 401K Retirement Partners, LLC – providing 401K plans to companies with headquarters in the tri-state area – and is a FINRA and SEC registered financial and investment advisory representative. In addition to volunteering his abilities and time to the PCLT, Bill assists with leadership of the Brewster Boy Scout, Troop 1 and is a volunteer soccer goalie coach for Putnam County high school teams. Bill lives in Patterson, NY with his wife, Jenny Hinsman, also a PCLT board member, and two kids.

Joseph Harrison has been a resident of the Town of Patterson since 2001. He joined the board of the Putnam

County Land Trust in 2015. Joseph is retired from the New York City Police Department and holds a BS in Organizational Management and a Master’s in Public Administration. Joe is a basketball coach with the St James Catholic Youth Organization and also participates as a board member of the Carmel Rams Youth Football and Cheer Organization. He currently operates a private investigations firm in Mount Kisco. Joe is an avid hiker and fisherman and looks forward to lending a helping hand to the land trust.

James Joy has been a resident of Putnam County since 2007. He completed his B.A. in Business from Fordham University in the Bronx, and M.B.A from Mercy College in Dobbs Ferry. While in college James and his classmate started an accounting and tax practice which has now grown into a few team members with office in NY and CA. James enjoys foreign films and staying on top of current events. He joined PCLT to support his love for open space and extend his expertise in technology and efficiently managing an organization.

Sarita Chau has been a resident of Putnam County for over 35 years. She has a BS in Biology from Stony Brook University. Her academic studies were in scientific research and she is currently a freelance researcher in executive recruitment. Her diverse career background includes IT systems analysis, technical writing and project coordination giving her a unique toolkit of analysis, communications and organizational skills. She is also a certified Pilates instructor and has volunteered as an EMT for the Patterson Fire Department. Sarita is an avid hiker and has a great interest in ethnobotany (the relationship between plants and humans) and maintains a blog, Foray Putnam. For the past 8 years, she has worked alongside her husband, David Chau, the steward of Ice Pond Preserve. 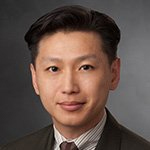 David Chau has been a resident of Putnam county for over 12 years. He is a veteran of Wall Street, serving the financial industry with technology designs specializing in helping large technology transformations. A graduate of the State University of New York at Stony Brook, he currently hold the position of ‘Director of Network Architectures’ for one of the largest retail credit banks in the United States. In this position, he routinely interfaces with federal regulators; and is familiar with interpreting federal mandates for governance. With the Putnam County Land Trust, David has volunteered as the land steward of the Ice Pond preserve for over 8 years. David has also served his community as a certified and licensed EMT for the Patterson Fire Department. In his spare time, David enjoys tinkering with robotics, Unmanned Aerial Vehicles and 3D printing. He spends much of his time with his beloved dog of 12 years. Most days he can be found outdoors sharing his love of nature with his canine friend.